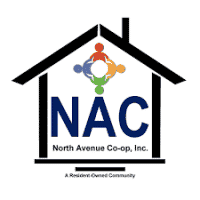 PRICE is a $500 million grant program specific to resident-owned communities like ours and nonprofit manufactured home communities to support critical infrastructure improvements and resident purchases. The U.S House Appropriations Committee voted to include the PRICE program in … More » 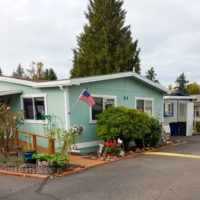 We helped 55 homeowners form a ROC in Centralia, Wash., last Friday. Our loan officer shared the seller’s heartwarming comment following the closing: “It seems strange after 27 years to be finished but we are so happy for … More » 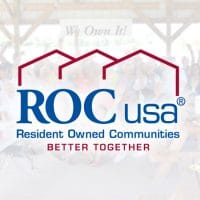 I blogged about Diane Pense’s and Sam Morris’ speeches in February.  Today, I got some really disturbing follow-up on Diane’s situation. Apparently, her 10-home community isn’t closing down but they didn’t learn that until after they all sold … More »

Inspiring. I spoke at a conference Friday on the West Coast that focused on making sure manufactured housing continues to play an important role in the affordable housing sector. The event was co-hosted by CASA of Oregon, a … More »

PBS recently reported on two parts of the manufactured/mobile home industry: Issues homeowners in Manufactured (Mobile) Home Communities (“MHCs”) face; and, The impact of regulation on loans to purchase manufactured (mobile) homes. The reporter did a good job … More »

Wow, it’s hot here!  We’re in an official heat wave which has me thinking about home improvements. Fall home improvements. Since we have reached 10,000 homes in ROCs and founded a cooperative with other community management companies – … More »

I had the privilege of attending the National Credit Union Foundation’s Herb Wegner Memorial Award ceremony on Monday night in Washington, D.C. All four awardees were very impressive, but one brought tears to my eyes. Clarence Hall is … More »

I have been heads down with report writing the last month and I’ve missed getting my blog together. Well, 2014 was quite a year! Many individual ROCs accomplished great things in 2014, including Wheel Estates in North Adams, … More »