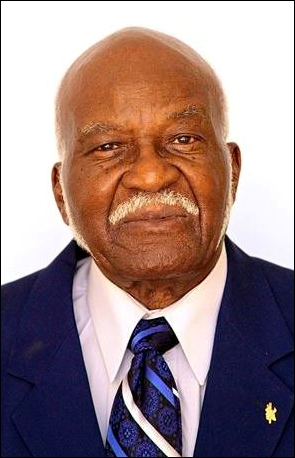 I had the privilege of attending the National Credit Union Foundation’s Herb Wegner Memorial Award ceremony on Monday night in Washington, D.C.

All four awardees were very impressive, but one brought tears to my eyes.

Clarence Hall is 90 years old (Click on his name to read more about him.).  He lives in one of the smallest and poorest counties in the country.  In 1969, he had to sue the state of Mississippi in order to set up a nonprofit credit union to serve the simple banking needs of the local citizens, primarily very low-income African-Americans.

He won the suit and for 45 years he and the credit union have been serving its members – making $25 million in loans for homes, vehicles and other immediate needs.  Remarkably, the credit union has only lost $4,000 in that history!

And, he never drew a salary.  He dedicated himself – his life – to his community, a community with such a steep hill to climb.

There’s a little bit of Clarence in all of us.  The call to serve and the motivation to be good neighbors is in all of us.  People like Clarence put what we perceive as steep hills or mountains into perspective.

Having heard him speak, my guess is he would say that it’s just a matter of putting one foot in front of the other and keep making progress.  And, over time, you’ll cover the distance you need and serve a lot of people in the process.