HOOKSETT, N.H. — It’s not every day the co-CEO and Chairman of a $12 billion company speaks at a ROC USA event. 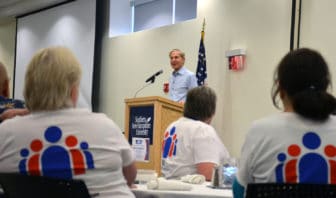 Better still, a CEO who runs a company made up exclusively of co-ops.  And, while he’s a founding Co-CEO of the company, he doesn’t own a share or have any equity position in it.  It’s a co-op!  It’s owned by the Members!

Howard’s story is truly inspiring.  In 1984, Howard Brodsky — the owner of a family-owned carpet store in Manchester, N.H. — joined together with other family-owned carpet stores to form the Carpet One Cooperative.  Since then, CCA Global Partners has gone on to support co-ops of family-owned local businesses in 15 different sectors, including bicycle shops, lighting stores and community property management companies.  The latter one, Innovia, is a co-op that ROC USA helped found in order to bring benefits to the Resident Owned Communities (ROCs) that we work with.  The discounts on myROCUSA.org for homeowners and co-ops is a result of Innovia. 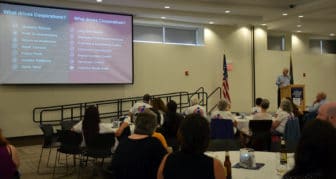 In his address, Howard asked how many people were members of credit unions.  Almost everyone in the room raised their hand.  Credit unions are co-ops!

And yet, as research that CCA Global sponsored found, most people in the general public cannot accurately explain co-op ownership: Only 11 percent of people can accurately describe a co-op.

However, once they were told about co-ops, 78 percent said they would be more likely to do business with a co-op!

Awareness matters.  Let people know you’re a co-op, and explain what that means in clear economic terms.  Owning a home on land you control as a community matters, and it will matter to homebuyers.

Please watch the video of his address below.  It starts with his Hall of Fame induction video and then goes to his slide show the ROC Leadership Institute.  It’s definitely worth seeing. 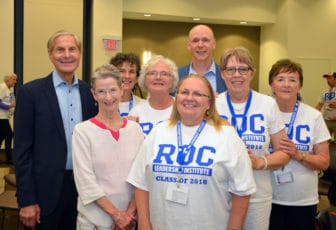 I will conclude with two points he made:

First, he implored us to stick together “because you’re stronger and can produce more benefits for your Members if you’re working together and working with other co-ops.”  It’s hard to argue with the power and benefits that stem from working in a co-op and with other co-ops.  We are better together!

Second, as a Trustee at Southern New Hampshire University, Howard said he went with the Trustees to an institute that studies the future.  The person who runs the institute called Howard out and said, “What you’re doing with co-ops is the future.”  To a futurist, there is a point at which the wealth gap becomes unbearable and people start looking for economic models that return more rewards to more of the people who contribute to making them.

I see this in young people who are coming to co-ops with lots of energy and ideas to grow the co-op sector.  We see that in homeowners who want basic ownership and control of the land under their homes.  It’s all about increasing local control – and building local wealth and economic security – while leveraging the benefits of scale.

I’ve been committed to the idea for a long time.  It’s refreshing to hear that we’ve been ahead of our time! 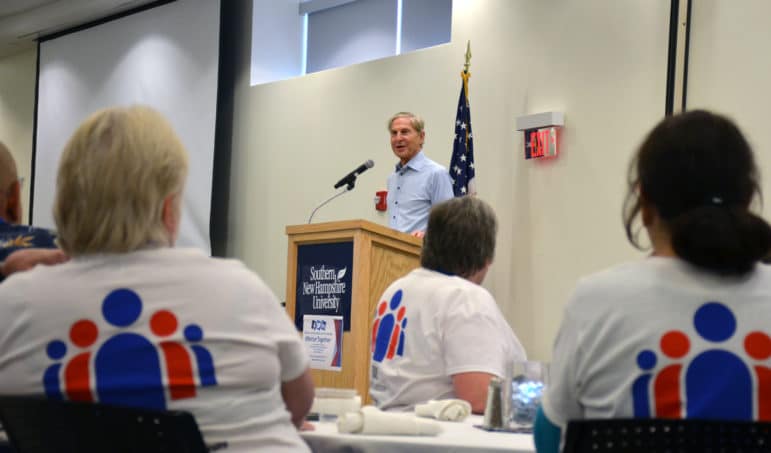