This year’s tradeshow was the most heavily attended since the 2006 event, according to Manufactured Housing Institute President Dick Jennison – more than 1,300 attendees. Profits are strong and moods are good. 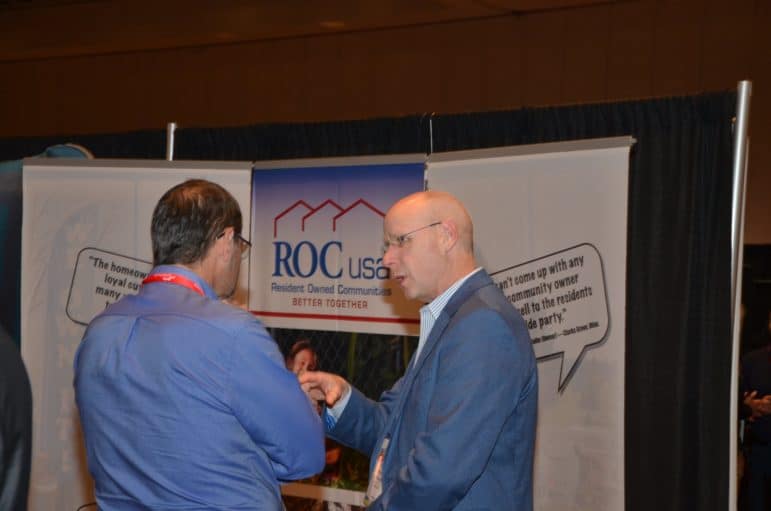 For the 10th year, ROC USA had a booth at the National Congress & Expo. We talked to a lot of people. We are clearly unique – the only nonprofit and the only one promoting resident ownership – among the many commercial brokers and large MHC operators, manufacturers and wide range of vendors.

Conversations are always interesting. There are a lot of good people in this business, and most people are curious about us and what we and homeowners together are capable of. This year, though, there was a discernible difference in peoples’ reaction to our mission. We’ve always had supporters but we seem to have reached a tipping point here at our 10th anniversary.

It could be because we’ve been around a decade. The 14,000 homes and 220 ROCs certainly is registering with people – ROCs as a whole are now the 12th-largest community operator in the U.S. now. (And, within two years, ROCs in ROC USA Network will break into the top 10!)

Or, maybe it is what is happening on the capital side of the MHC business. Money – both private equity and low-cost debt from Fannie Mae and Freddie Mac – has been flooding into the MHC sector, and it’s impacting prices. And, to be clear, it is higher rents that support those higher prices.

More and more people are worried that “bad actors” and “inexperienced buyers” are bidding up prices and rents and doing damage to the industry’s image. One owner from Maryland told me that he called a recent MHC buyer in that market to call him out for his outrageous –$150 per month – increase in rents that followed his purchase. The buyer told him, “I have investors to satisfy!”

The impact: His increase led a legislator to draft a rent control bill, which I understand has since been withdrawn. The enormous amount of aggressive capital coming into the business is causing real problems, and some industry players recognize it. 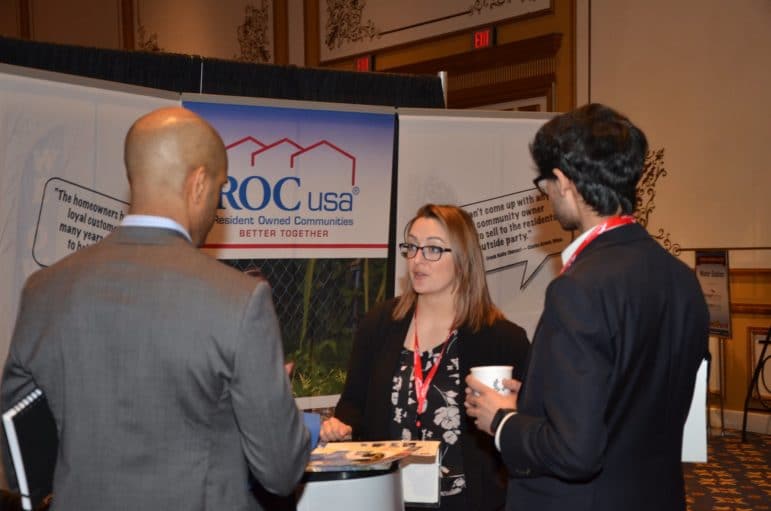 The crisis in affordable housing also has more people seeing resident ownership as a good exit strategy – good because homeowner co-ops are paying fair market value for the MHC asset and good because it provides homeowners the security of ownership.

Preserving these naturally occurring affordable communities is vital when you consider what’s happening in the market:

Regardless of what brings people to our mission and the needs of homeowners in MHCs, I’m detecting a significant shift in how some community owners are thinking about their role in providing affordable housing and the opportunity for preserving their legacy when they’re ready to sell. And, that’s a good thing!