CONCORD, N.H. – As of July 25, ROC USA® and its nine affiliate nonprofits had helped 19 resident groups purchase their manufactured (mobile) home communities in 2019. That’s more than each of the past four years, which ranged between 15 and 17 new co-ops per year, and any year since ROC USA’s founding in 2008.

With five months until the end of the year, the record-setting total will grow. There are five or six more communities likely to become ROCs this year, and 50 percent growth over 2018.

“This unprecedented level of growth is explained by several factors, most of which we planned and executed on and some of which have been unexpected,” said Paul Bradley, President of ROC USA. 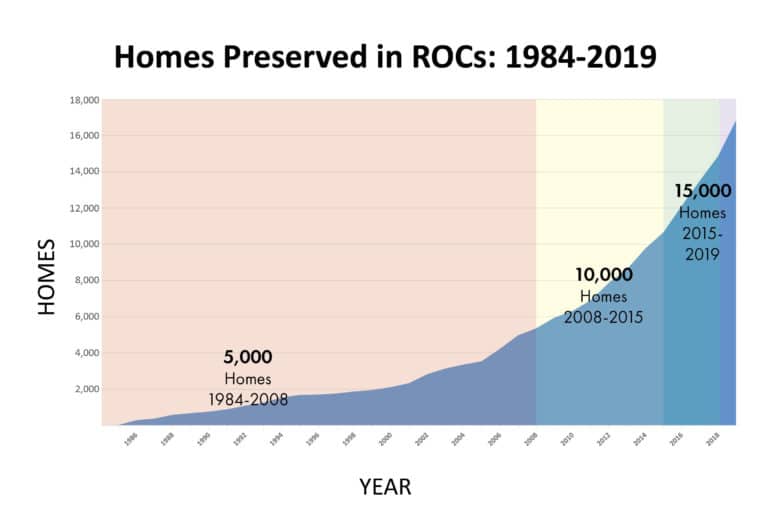 “We set out to scale resident ownership through a Network of nonprofits and national source of financing and we’ve stayed focused on that,” he said. “Our Network has expanded its footprint to now 16, and soon 17 states, with co-ops and ROC USA® Capital has been a reliable source of competitive financing for co-ops, whether they’ve needed $750,000 or $29 million.”

Two new affiliates joined ROC USA Network in the last couple years. Thistle, which serves a large swath of Colorado, and LEAP ROC in metro Boise, Idaho. Thistle has helped two cooperatives and LEAP ROC is poised to make Idaho the 17th state with a ROC before year’s end. Organizations in two additional states are working toward certification by ROC USA® Network.

Growth is driven not just by expanding Network’s footprint, but also deepening our reach within existing states.

“The market-focused collaboration between affiliates and Network’s National Acquisitions Manager has increased the social venture’s exposure in the manufactured housing sector through steady participation in state and national trade shows across the country,” said Mary O’Hara, Director of ROC USA Network. 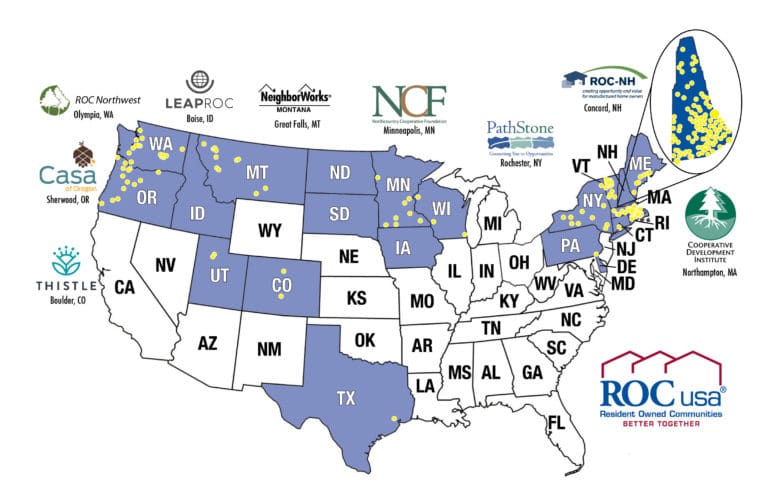 ROC USA’s goal is to build relationships with local and regional community operators – families and small and medium-sized companies who own from one to many communities. “We’ve found that the closer the owner is to the community and the longer they’ve owned the property, the more likely they are to be interested in seeing the homeowners have an opportunity to purchase,” Bradley said.

“Our brand is strong and growing because people see the results and can talk to people who’ve worked with us – be those community sellers or co-op leaders – and it’s a great story that media has found and reported on a lot.”

The exposure in major media that ROC USA has received includes The Financial Times, The New York Times, Time magazine and CBS News.

“Homeowners across the country share a basic interest in gaining control of the land under their homes, we knew that but the big surprise has come a result of a changing attitude by community operators,” Bradley said. “It’s probably mostly a result of documented performance – but I have a sense that it’s something more – that more and more people are recognizing that local economies are stronger and more resilient when local people own businesses and control their futures.” 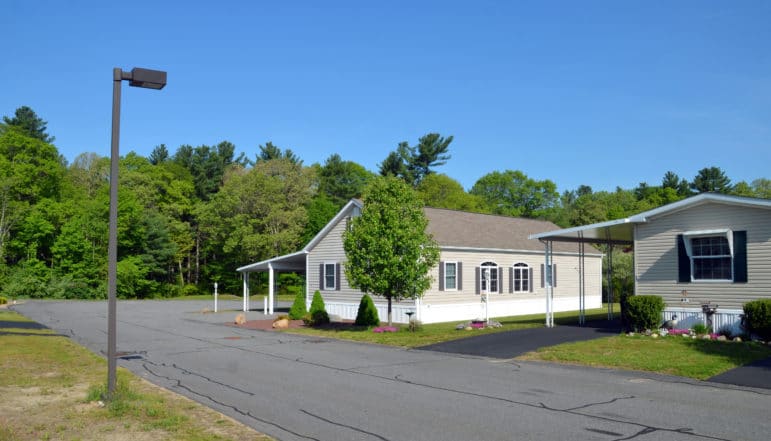