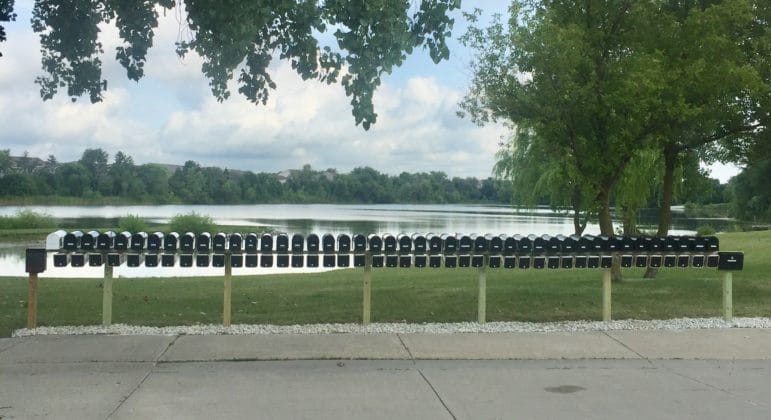 KENOSHA, Wis. – A mailbox replacement project brought a community together this past summer. 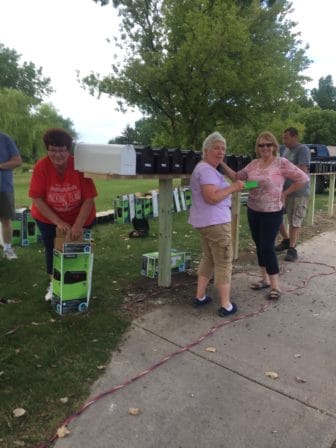 The new boxes are more weather resistant and also include flyer boxes to more easily communicate with residents. Newspaper holders were installed underneath the boxes as well.

Residents were upset that the mailboxes leaked and not all of them matched. Hornets had taken up home in some of the boxes as well.

Working with the Board, Dahlberg applied for and won funding from the Better Together Grants Program. The $1,687 project was finished over the course of a few days this past summer.

“It cleaned up a very not-nice looking area,” said Margaret Bragado, Secretary for the democratically elected Board of Directors. “People have been very pleased with it.”

Neighbors who saw the work being done came out to help, like picking up the new mailboxes, stacking and storing them in their garage, helping take the old boxes away and putting labels on the new boxes.

“It was a community effort,” Dahlberg said.

This was something she said she imagines will happen in projects to come. 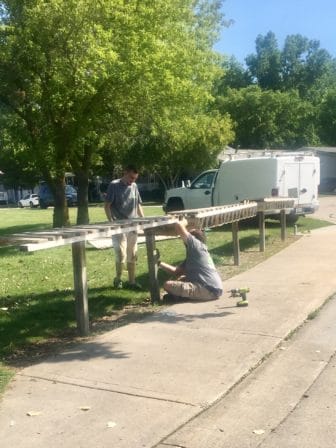 “I think if they see something else going on, they’ll help.”

Dahlberg and Bragado said they’re planning on applying for the grant again after the success this past year. The improvement has had a positive effect on more than just the aesthetics in Prairie Lake.

“When residents see that we can do projects like this, it gives them a sense of pride,” Bragado said.

Prairie Lake Estates was one of six ROCs to receive the 2018 Better Together Grants.

“It’s nice to be able to do something and say this was a grant from ROC USA,” Bragado said. “It was really awesome when we got the letter.”

In October 2010, the ROC leaders who attended the Community Leadership Institute in Louisville developed a community grants program idea that would both help a fellow ROC as well as engage new leadership in the resident corporation. ROC USA® has included funding for the Better Together Community Grants program in the budget ever since.

The projects are meant to meet safety and health needs, as well as bring together neighbors to solidify the already growing feeling of camaraderie.

Learn more about the program here. The 2019 application deadline will be announced in coming weeks.