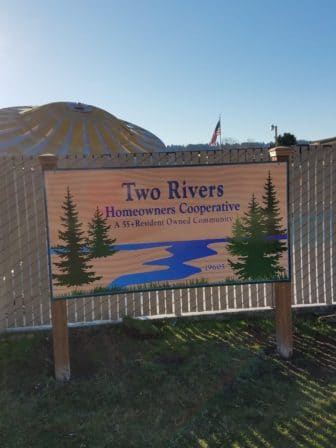 The sign was placed at the entrance of the community in November after the ROC was awarded a $1,200 Re-Branding Grant.

The design was selected by the Members and now features the name they adopted after becoming resident owned. The sign also designates Two Rivers is both a 55-plus community and a ROC.

The sign is reflective, which Chariat said is a huge benefit as well. The road the neighborhood is off can get pretty dark at night. Having the reflective sign helps drivers find the entrance more easily.

“It’s wonderful when it reflects at night,” she said.

Chariat said she’d recommend that communities looking to apply for the grant funding should definitely do so. Her advice is to be as thorough as possible when filling out the application.

“It’s an easy process,” she said. “You just have to be willing to lay it all out on the line.”

The group was one of the nine awardees chosen to receive the Re-Branding Grant. The ROC Association Directors created a new Re-Branding Grant Program for ROCs with a goal of addressing stigma in manufactured home communities and helping ROCs improve their reputation. The grants helped fund ROCs that wanted to make concrete changes that contribute to a better brand image, or reputation, for their community.

Read more about the other projects here. 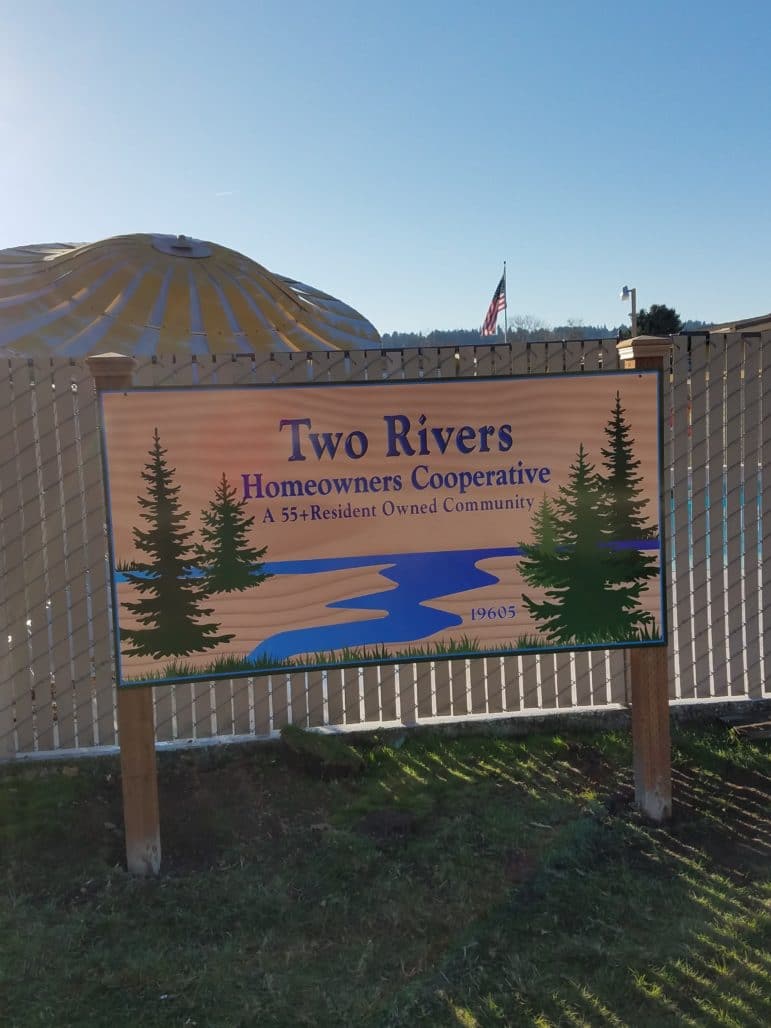