Whether it be a snide comment from a stranger or worse yet, a friend, negative reactions to their homes and neighborhoods are ones that manufactured home residents know too well. 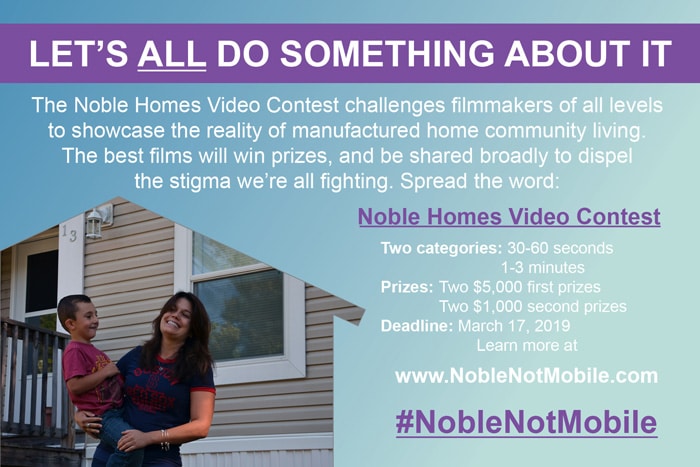 For decades, they’ve had to deal with the stigma associated with this vital source of affordable, unsubsidized housing that nearly 18 million residents live in. Resident have had to bump up against the outdated notions, incorrect language and unfair stereotypes.

But reality tells a different story.

In so many of these neighborhoods, hard-working homeowners make choices to help not only themselves, but their entire community. A visit to these homes and communities quickly wipes away the common misconception that these are homes or neighborhoods of last resort.

There are countless stories out there that could inspire us each and every day, ones meant to be widely shared. The hope is that creating and sharing these videos will achieve just that.

There are two contests. In the first, videos can only be 30 seconds to a minute long. The second seeks longer videos: 1 to 3 minutes. In both, the videos are meant to capture snapshots of what it’s truly like to live in these neighborhoods while demolishing the stigma around these communities.

First place winners in both contests will be awarded $5,000 and a runner up will win $1,000. Anyone can submit as many videos as they want for either contest and are eligible to win in both categories if chosen by the judges. However, a contestant will not be able to win more than once in a given contest (you can’t be chosen for both first and second place in the same contest).

Submissions will be accepted until March 17, 2019, at 11:59 p.m. Pacific time. Winners be announced on May 6. Contest judges will be led by manufactured homeowners themselves. This contest is truly for and about them, so it’s important that they have a say in how they are portrayed.

Find out more information about the contest and how to enter at www.NobleNotMobile.com. 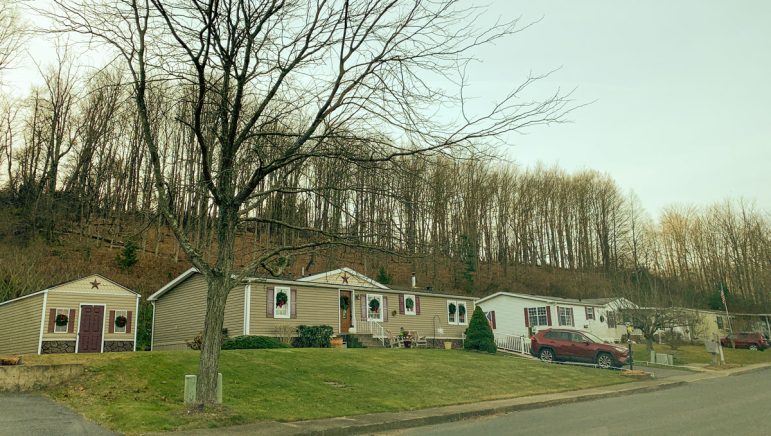