HUDSON, Mass. — Life has always landed Diane Buchanan in the right place at the right time.

She lived in the Meadowbrook Community nearly two decades ago, and knew she wanted to move back for years, but the community was full. When a longtime friend fulfilled their promise to sell it to her when they decided to move out, Diane and her husband jumped at the chance. The home she and her husband recently moved in to on a corner lot surrounded by trees was just like the one she had raised her family in.

“This was the place we knew we wanted to be,” Buchanan said. “It’s been home ever since.”

Now, the feeling of security and belonging not just in her home, but the entire 193-site community in Hudson, Massachusetts is something that Buchanan and her neighbors will be enjoy for generations to come.

For the last five months, Buchanan and other members of the Democratically elected Board of Directors worked to achieve that security by purchasing their neighborhood and becoming a resident-owned cooperative.

“That’s the most important thing about this whole experience,” she said. “We own it, and we did it together.”

Board President Wayne Grant said buy in came easily from the residents, with an overwhelming majority of residents voting to become resident owned in late October. Before the vote took place, he would go around the neighborhood, answering questions anyone had about the process or about resident-ownership.

“I tried to go around and make this personal,” he said. “It helped people feel more at ease. We had a lot of people on our side.”

These visits weren’t the first to introduce residents to the idea of owning their neighborhood. Shortly after receiving the letters that their community was for sale, Sandy Overlook from National Manufactured Homeowners Association came to speak with residents

Overlook, who lives in a ROC herself, was able to explain to Meadowbrook residents how the process works, the benefits and help put them in touch with staff at the Cooperative Development Institute. The ROC USA® Network Certified Technical Assistance Provider works throughout New England and New York.

Already, a strong sense of community permeates throughout the neighborhood. Buchanan said that neighborhood birthday parties are frequently held, and when she or someone else calls asking for a favor, they agree to without hesitation.

“Everyone comes to each other’s aid,” she said. 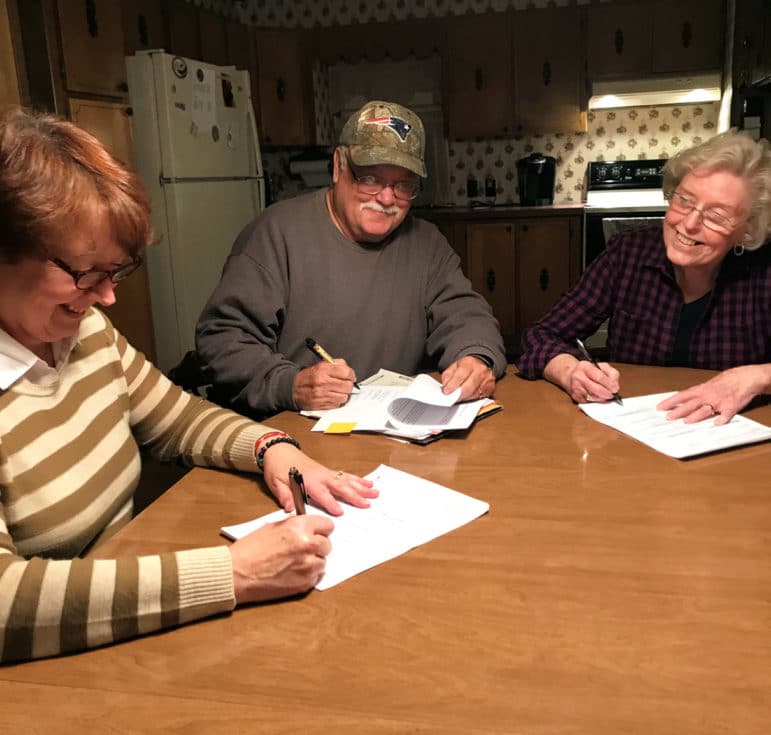 Buchanan said that everyone on the Board worked hard over the last few months in order to ensure the purchase of the success.

“It was such a team,” she said. “We all worked together. Everyone had their own specialty or talent that they put into it.”

Grant agreed. “Our team did such a great job at doing this,” he said.

Now that this goal has been achieved, the focus will now be on getting ready for their celebration on December 2nd.

Buchanan said she’s worked on other Boards for community service groups in the area in the past. But helping to achieve resident-ownership for her neighbors and those in generations to come, she said, takes the cake.

“I just think this is about the best thing I was a part of,” she said. “Doing this surpasses it all.”

Residents purchased their neighborhood for $8.25 million on November, 15th.

Staff from CDI will work with residents for the duration of their mortgage — at least 10 years.

Meadowbrook is the 22nd in Massachusetts and the 42nd overall that CDI works with to support resident ownership..

“CDI is proud to have assisted the 193 families in their successful purchase of their community, securing permanent control over their homesteads,” said Andy Danforth, director of CDI’s New England Resident Owned Communities (NEROC) Program. “We look forward to supporting them for many years to come.”

ROC USA Network affiliates such as CDI have helped 226 communities preserve over 14,500 homes in 15 states since 1984. www.rocusa.org 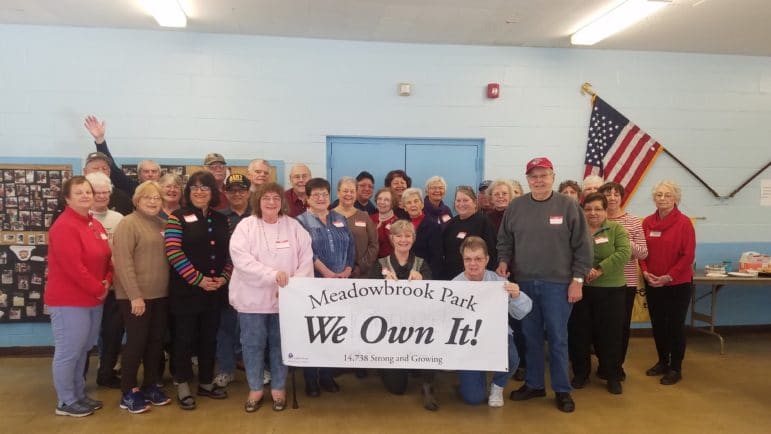