PORTSMOUTH, N.H. – One person was hurt, though thankfully not seriously, in a fire Tuesday at a New Hampshire resident-owned community, according to local media.

Seacoastonline.com, the website of the Portsmouth Herald, reports that the only person in the home was taken to the hospital with minor burns. Read the entire article here. 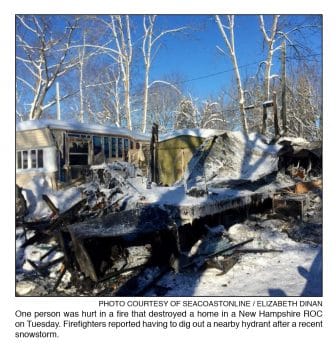 The fire struck in Woodbury Cooperative, a 15-home community that became resident-owned just last year with the help of ROC-NH, a program of the New Hampshire Community Loan Fund and ROC USA®affiliate. The home was totally destroyed and neighboring homes sustained some damage from heat and smoke, according to the news site.

The local fire chief said firefighters were hampered by a fire hydrant buried in snow, which took time to uncover.

The fire serves as a serious reminder to ROCs across snow country to be sure their hydrants are dug out and clearly marked so firefighters waste no time in extinguishing a blaze. It’s also a good reminder to check the smoke detectors in your home (This resident reported a working alarm, thankfully). If you’re interested in helping provide smoke detectors for your ROC, contact us at contact_us@rocusa.org. 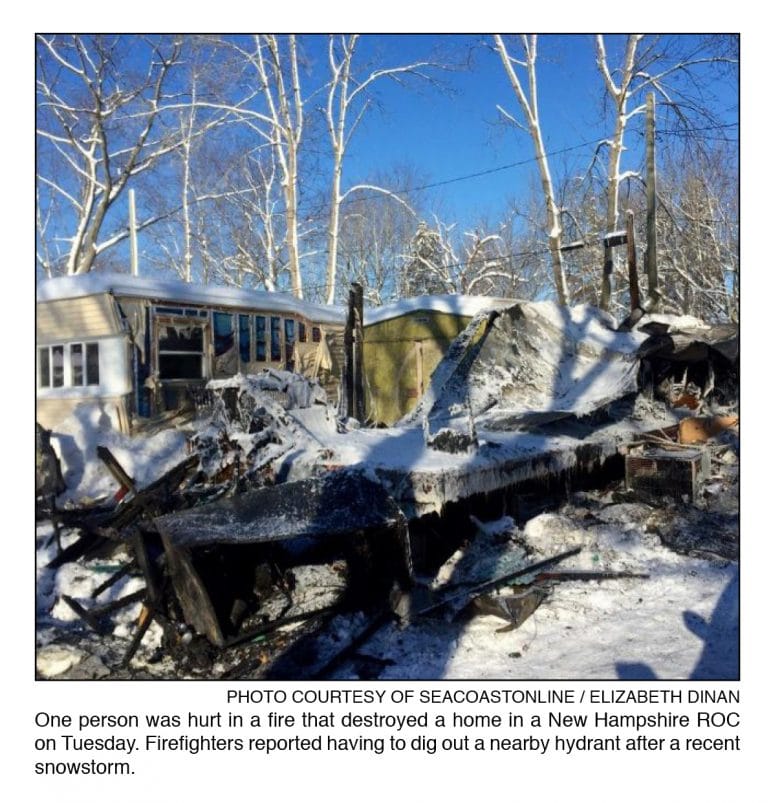