We were shocked and saddened by news of seven motorcyclists killed in a horrific crash Friday night in northern New Hampshire. 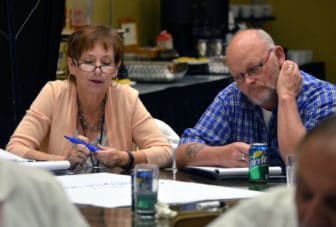 But on Sunday evening when news stories identified the victims, we were devastated to learn that two Massachusetts co-op members were among those who died.

Jo-Ann and Ed Corr of Twin Coach Estates in Lakeville, Mass. were part of a large group of Marine Corps veterans and their supporters from all around New England en route to an American Legion event nearby.

Jo-Ann and Ed were active volunteers and leaders in their neighborhood almost since the day they bought their home in late 2016. Jo-Ann was the current Board President at Twin Coach and Ed had served as operations manager.

They worked alongside leaders of Edgeway Homeowners Association, another ROC that abuts Twin Coach, on a $1.4 million infrastructure project. The two communities shared a deteriorated water system that for years had delivered discolored water to homeowners’ faucets in both ROCs. 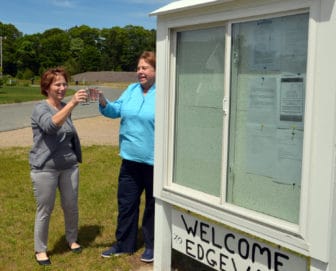 “I’m so thankful for everyone who got this problem fixed,” said Jo-Ann Corr in 2017, as she and then-Edgeway Board President Ann McGann celebrated the project’s completion with a toast of crystal clear tap water.

“It is an understatement to say that Jo-Ann and Ed were passionate and generous members of their community,” Choate said. “They were among those rare community leaders who take special pleasure in some of the slower and harder-won challenges of organizations.”

The Corrs, both 58, had moved to Twin Coach to downsize. Jo-Ann said the couple weighed other options like building an in-law apartment on the home of a family member, but ultimately preferred the home they found in Twin Coach as it was single-floor living and more affordable.

Jo-Ann’s and Ed’s enthusiasm was contagious both where they lived and in the larger community. They left a mark on those who met them at the 2017 Community Leadership Institute in Los Angeles.

“I remember Jo-Ann and Ed fondly from our time in L.A. – Ed was a quiet, yet engaged supporter of ROCs and particularly of his wife Jo-Ann,” said Gary Faucher, ROC USA® Network National Training Manager. “She was incredibly energetic, engaged and curious. I remember Jo-Ann taking advantage of every learning opportunity, including sitting in on the ROC USA board meeting, and still wanting more.” 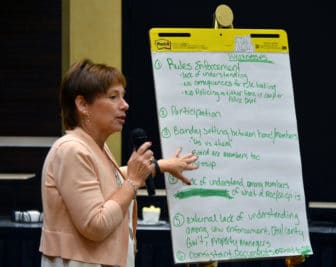 ROC USA® President Paul Bradley agreed, remembering how eager the Corrs were to make their neighborhood an even better place to live.

“I am heart-broken,” he said. “My deepest sympathy goes out to their families, friends and neighbors.”

The Boston Herald reported that the Corrs were volunteers at Brockton VA Medical Center. A reporter interviewed other ROC Members who lived near the Corrs’ home, which had a flag lowered to half-staff in the yard.

“They were wonderful. She (Jo-Ann) was full of life,” said Shirley Stephanian, who lives across the street. 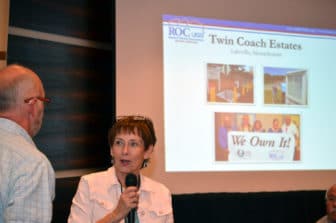 Choate said he looked forward to a long working relationship with the Corrs.

“Jo-Ann and I spoke often of contributing an article tackling the stigmas of manufactured housing,” he said. “This project that we put on the back burner now will never be realized. They always acted as passionate caretakers of family and community, and will be sorely missed.”

“They were a terrific team and couple and Jo-Ann was simply one of the best and will be tremendously missed.” he said. 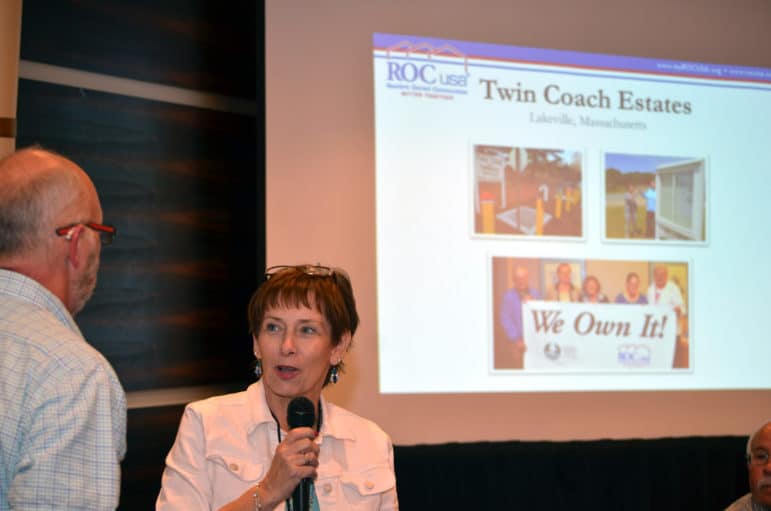