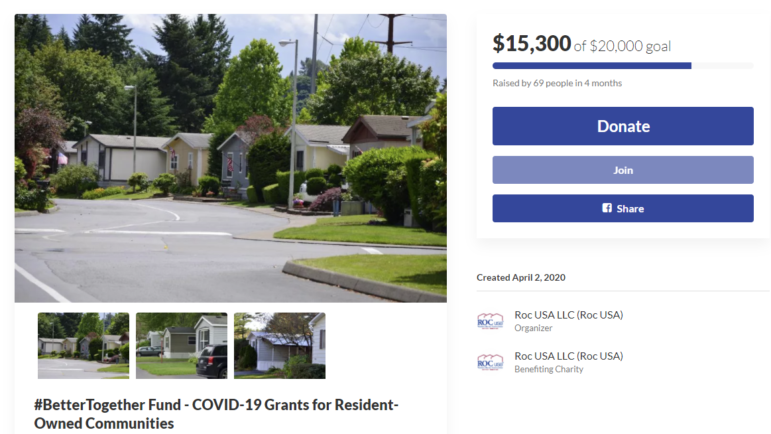 CONCORD, N.H. — As COVID-19 continues to ravage the United States, resident-owned cooperatives have also been hit hard by the virus.

When the crisis began in March, ROC USA® worked quickly to establish a fundraising campaign to provide lot fee assistance to residents diagnosed with COVID-19. The ROC USA #BetterTogether Fund provides resources to cover one month’s lot fee assistance to households who receive a positive diagnosis and a three-month assistance for those who are hospitalized from the virus.

“Providing assistance for our Members affected by positive COVID-19 tests is important,” said ROC USA President Paul Bradley. “Our hope is that by removing some of the household’s financial burden, they can focus on getting better.”

To date, ROC USA has issued 17 grants to households in resident owned communities in seven states, surpassing more than $15,000 in funds.

“The grant recipients in our community are able to breathe a little easier knowing their lot fee is taken care of while they’re out of work,” said the president of one of the most affected communities.

ROC USA urges all Members of its 262 resident-owned communities to apply for a rent assistance grant if their household receives a positive diagnosis.

Interestingly, cases in ROCs have followed the national trends. When the fund was launched in early April, there was an immediate rush of six grants issued. As the nation’s cases initially trended downward, ROC USA issued just four grants in May and June. However, when the U.S. began to reach new peaks in July, there was an influx of applications, and seven more grants have been issued through July and August.

Another community leader whose ROC Members had a few cases of COVID-19 said he was worried about what will happen this fall and winter.

“The experts on TV keep saying they expect another big spike to go along with flu season. I hope there are enough donations to continue helping out during a spike in cases,” he said.

“The Urban Institute study tells us it’s even more important to lean in to helping manufactured homeowners during this time. They aren’t receiving the same access to government assistance, and times are tough,” Bradley said.

Donations made to the ROC USA #BetterTogether Fund are tax deductible and are matched dollar for dollar by ROC USA and the ROC Association. 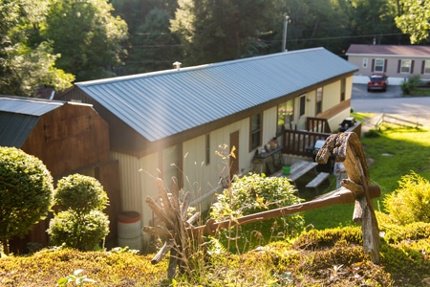