I am really excited about what we’ve been working on and plan on announcing to every ROC Board of Directors in a major mailing at the end of May. We have five things of significant importance to you to announce: 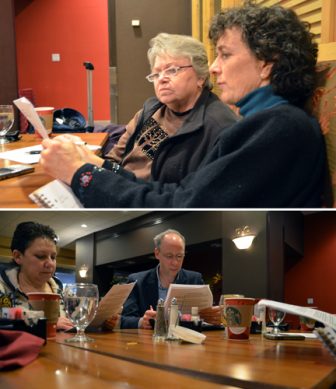 1. The first elected ROC Association Board of Directors will be seated by August and in attendance for the next Community Leadership Institute in Sacramento, California. All nominees for the Board will get the approval of their ROC Board of Directors and run in the region in which they live. There are three regions planned – Pacific/Mountain, Midwest/East, and New England.
The three ROC Association Directors will also serve on the ROC USA Board of Directors starting this fall. This is an exciting evolution of the organization – see earlier blog – and one that will start slowly and gain steam over time, I’m pretty sure.

2. We learned the dates for the 2013 Community Leadership Institute last week, October 17-20 in Sacramento. Applications will be included in the May mailing. I expect this year to be a very popular one. I especially encourage first-timers to apply. Again, we want at least two from each ROC to come because we know that really helps leaders bring back and implement new ideas.

3. The Board approved a new round of Community Grants but I have wanted to hold back until myROCUSA.org was ready and announced for all Boards of Directors across the country. We’ll be there in May so watch for it!

4. We’ll also be announcing myROCUSA.org at a good point in its development. It’s going to have a lot of what people want and need but there’s also so much further we can go together. This is just the start! In 10 years, we’re going to look back and chuckle how primitive this all is but if we don’t start somewhere, we won’t get on with an online community. So, let’s start! Well, you know what I mean – you’re the real start – but May brings the big roll-out.

5. Mike Bullard’s hard at work on the ROC Marketing Program – see www.parkplaza.coop for the first site. One or two interns will help build sites faster starting this summer.

We’re building this set of services to help make you and your ROC successful. We have a mantra, “We succeed when our communities succeed.” Like you, we have a lot to do to realize the full vision of a flourishing network of resident-owned communities and community leaders. We’re not where we need to get to yet but we’re steadily building. And, throughout, we’re in this together, and better together.