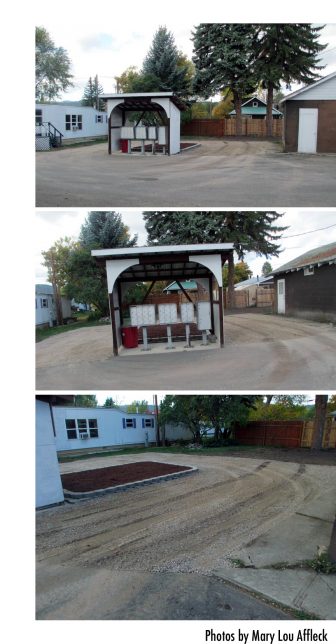 KALISPELL, Mont. — The Members of Green Acres Cooperative made a series of improvements in their ROC this year and are happily sharing the results.

The project centered on the mail center of the 32-site resident-owned community (ROC).

Mary Lou Affleck of NeighborWorks®Montana, the ROC’s Certified Technical Assistance Provider, said the project is a very nice addition to the community.

“Improvements made to the mailbox area include a new gravel driveway around them to enable traffic to flow easily and eliminate congestion,” Affleck said.

She went on to describe the scope of work that went into the project.

“Two trees were removed, there was excavation and fill dirt then the gravel,” she said. “A brick half-round in the center and decorative bark completed the project.”

The Green Acres homeowners purchased their community, which lies near Glacier National Park, in 2010. It is one of seven ROCs in the state that together make up nearly 300 homes.