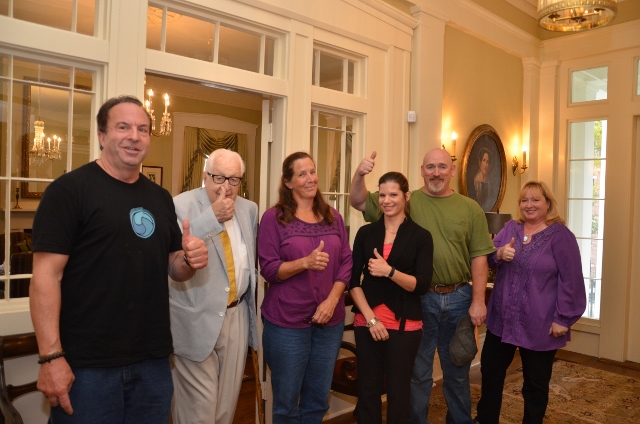 Shelburne, Vt. – Homeowners at Shelburnewood Mobile Home Park took a big step forward toward securing their financial futures when they collectively bought their neighborhood as a residents cooperative today.

For 10 years, Shelburnewood residents have lived in a state of uncertainty about the future of their neighborhood and their homes.  In early 2005, residents received notice that the mobile home park was going to be shut down and sold to a developer and that homeowners would be forced to move their homes elsewhere. Ever since, residents have had to organize, first to stop the park closure, and then to find a way to purchase the community and preserve it as affordable housing.

A solution finally arrived seven years later, in 2012, when real estate developer Tony Pomerleau purchased Shelburnewood with the intent of selling the community to its residents.  “Thanks to the generosity of Mr. Tony Pomerleau, the nightmare of worrying about a closure ended when Mr. Pomerleau stepped forward to purchase the land on which our homes reside,” said Vicki Carleton, the co-op’s Vice President. Carleton had moved into the community just three months before the beginning of the park closure ordeal.

“Mr. Pomerleau let us know right up front that he had no intentions of being a landlord.  He got involved to replace the infrastructure throughout the park knowing it was old and beginning to fail and he encouraged and empowered us to form a cooperative,” Carleton said.

Pomerleau spoke of a woman in the community who had been neglecting maintenance of her home because she feared she would have to move or even abandon it when the park closed. With the residents purchasing the community, he said she was confident in making improvements and eager to start. 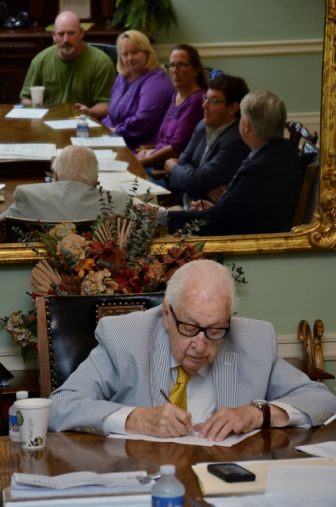 He said the community’s location in downtown Shelburne is key for many of its residents.

“They can walk to church, the supermarket, a restaurant and more,” Pomerleau said. “It’s a great location, right downtown, and that’s very valuable to the people who live there.”

Shelburnewood residents worked with the Cooperative Development Institute to establish their co-op.  CDI also helped the co-op negotiate a deal with Pomerleau, which culminated in the residents purchasing the property Sept. 30, 2015 for $950,000.  CDI is a certified technical assistance provider with ROC USA® Network, a national non-profit organization that works to help residents of for-sale mobile home parks form cooperatives and buy their communities. Technical assistance will continue to be provided by CDI to the association for at least the length of the mortgage — a minimum of 10 years.

“Today marks the official end of over a decade of uncertainty for Shelburnewood homeowners and the beginning of a new decade of stability, growth, and community building,” said Jeremiah Ward, Housing Program Organizer at CDI. “It’s been rewarding working with residents to get to this point, and I am excited to continue working with residents to see their community thrive well into the future.”

Shelburnewood is the fifth Vermont community in the ROC USA network, and one of 173 nationwide. In these resident-owned communities, homeowners in the community each buy one low-cost share. Each household has one vote on matters of the community. The members elect a Board of Directors to act on day-to-day issues and vote as a membership on larger matters like the annual budget, by-laws and community rules.

Financing for the project came from ROC USA Capital and CDI. ROC USA Capital is a wholly-owned subsidiary of ROC USA and a U.S. Department of Treasury-certified Community Development Financial Institution.

Cooperative ownership of mobile home parks as a way of preserving affordable communities is a priority for several national non-profit organizations that in 2008 formed ROC USA to make resident-owned communities viable nationwide. ROC USA is sponsored by the Ford Foundation, NeighborWorks®America, NCB Capital Impact, the Corporation for Enterprise Development, and the New Hampshire Community Loan Fund. The Community Loan Fund, a non-profit community development financial institution in New Hampshire, leveraged its experience with 114 resident-owned communities in that state to launch ROC USA with national partners in 2008.

ROC USA is a non-profit organization with a national network of eight organizations such as CDI and a national financing source for resident-owned communities. “We solve the two basic barriers to resident ownership – access to expert technical assistance and financing to help homeowners become buyers when their community is for sale,” said Paul Bradley, ROC USA’s founding president.

ROC USA Network has helped 83 communities preserve more than 5,000 homes in 14 states since its launch in May 2008. www.rocusa.org

The Cooperative Development Institute, formed in 1994, is the USDA-designated Northeast Center for Cooperative Business Development.  CDI provides training and technical assistance to new and existing cooperatives in all business sectors, from agriculture and housing to employee ownership, throughout New England and New York.   www.cdi.coop