Home / Blog / President’s Blog / I am so happy I have to tell someone!

When a community leader is elected by ROC Boards in their region for one of the three ROC Association Board seats, it’s a big deal for them personally.  A big deal in the sense that it requires quite a bit of time and attention.

At a minimum, it requires three mid-week trips to Washington, D.C., for Board meetings and attending the national leadership institute, which beginning in 2018 will be in Manchester, N.H.  That means:  Travel, lost work, and time away from family, home and pets.

Before and after you arrive, you then have the challenge of thinking about our mission and organization from a national perspective, and contributing in Board meetings.  There’s not short path to learning, it takes time and effort.

And, because these are co-op leaders, they have responsibilities to their own communities in addition to ROC Association and ROC USA.  These are busy people!

So, when I asked how many of the current and past Directors of ROC Association could join us on May 2 and 3, 2018, in DC for two really big deal events, I was psyched that all six said, “Yes!”

Lois Parris who, along with Natividad Seefeld, founded ROC Association, will join us from Laconia, N.H.  Lois is no longer a member of the Lakes Region Co-op but she’s a ROC legend in New Hampshire.  Liz Wood from Duvall, Wash., will take time off from work to join us, as will Colleen Preston from Carver, Mass.  They of course will join our current Directors, Lorie, Kim and Natividad!

So what’s happening, you ask?  First, we’ll be all adding the Cooperative Hall of Fame Dinner at the National Press Club. This is a fancy sort of event.  I am being inducted into the Hall of Fame but really the induction is about all of the communities and community leaders and long history of staff, contributors, investors and partners who make resident ownership successful.  Someone has to be the face of it – and while mine isn’t nearly as George Clooney-esque as I’d like – it’s the only one I have!

On May 3, ROC USA will celebrate its 10th anniversary at the National Cooperative Bank’s annual meeting at the National Association of Home Builders hall in DC. There will be a video of communities – maybe yours! – and a few speakers.  MHC co-ops are a big deal in the co-op sector.  Few co-op sectors are growing as quickly as ROCs and fewer still are as deeply invested in low- and moderate-income neighborhoods, helping build economic security.

There will be pictures and some video footage that will follow.  Thank you to all of you for what you do to make resident ownership successful.  ROC on!  Paul 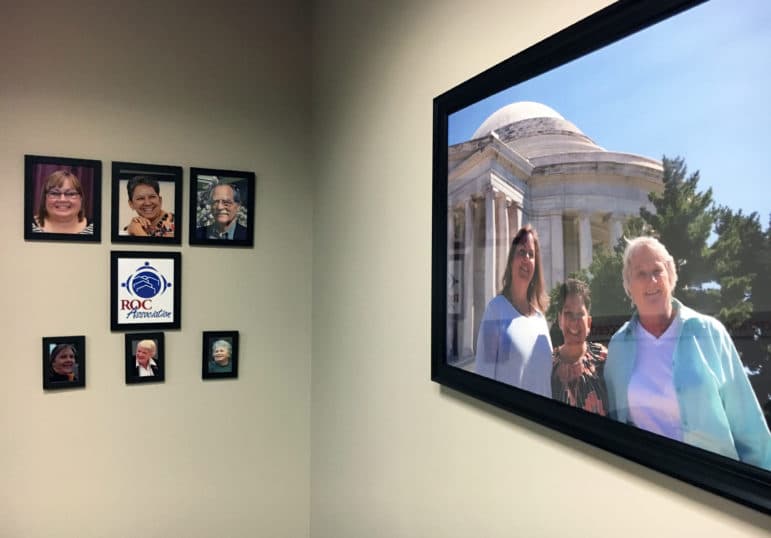